There is only good value in good sense

Whether it’s the best seats at sporting events, concerts or plays, food, drink, gadgets, clothes, shoes, flights and myriad other things, I will always opt for ‘value’ over quality. I am certain this frugal and thrifty trait was passed on by my mother and father – and it’s not necessarily a bad thing. But there is definitely a lesson to be learnt when it comes to false economies.

That’s not to say that we should always buy the best things, suddenly become really flash or spend beyond our means. But sometimes true value comes only by rejecting the cheapest option and actually considering, then taking, the best option. For example, it would always be my preference to spend £40 or less on a pair of trainers – and yet more often than not those trainers will barely last a year. Whereas in comparison, all the genuinely decent footwear I’ve ever owned (a few pairs, if that) have maintained their molecular integrity far, far longer. Sometimes it just makes sense to spend a bit more on something better made, built to last, and constructed with more care, time and effort. It’s also nicer to own and use things of a higher quality.

An appropriate example for me would be guitars – I’ve had my share, and the more expensive ones, made from superior materials and by better craftsman, always delivered a better sound and, subsequently, more joy to me as a player. Again, that isn’t to say that budget options always fail to deliver – homemade creations like those crafted by Seasick Steve deliver a sound particular to him, and in many ways this is priceless; he actually creates his own sound this way. But, generally speaking, with consumer items like musical instruments, you tend to pay extra for superior quality – and more often than not, the more you shell out for a guitar, the better it will be.

Of course, this is subjective – so my appreciation of the £500 Fender Strat could far outweigh my love for a £1,000 Gibson Les Paul. But in the majority of circumstances like this (particularly with this kind of disparity), there will be many valid reasons why the Gibson is twice as expensive as the Fender; better materials, excessive labour time in production, etc. There is also the matter of prestige and branding – both are immensely famous names in the guitar manufacturing industry. But, generally speaking, high-end Gibsons are worth more than their Fender counterparts. It is at this point that the instruments fall into the realm of art and value – where their worth is comprised of more than just the physical sum of their parts and relies on factors beyond the concrete – reputation, history, perception, opinion. The most important of course is simply what someone is prepared to pay for it. And another significant factor is relativity – a battered old Fender Strat might have a market price of £700, but the same guitar once owned by David Bowie will have a far superior relative value due to its historical significance. On top of that, the item carries greater value due to its desirability – the more people who want it, the higher the price will inevitably be to attain it. 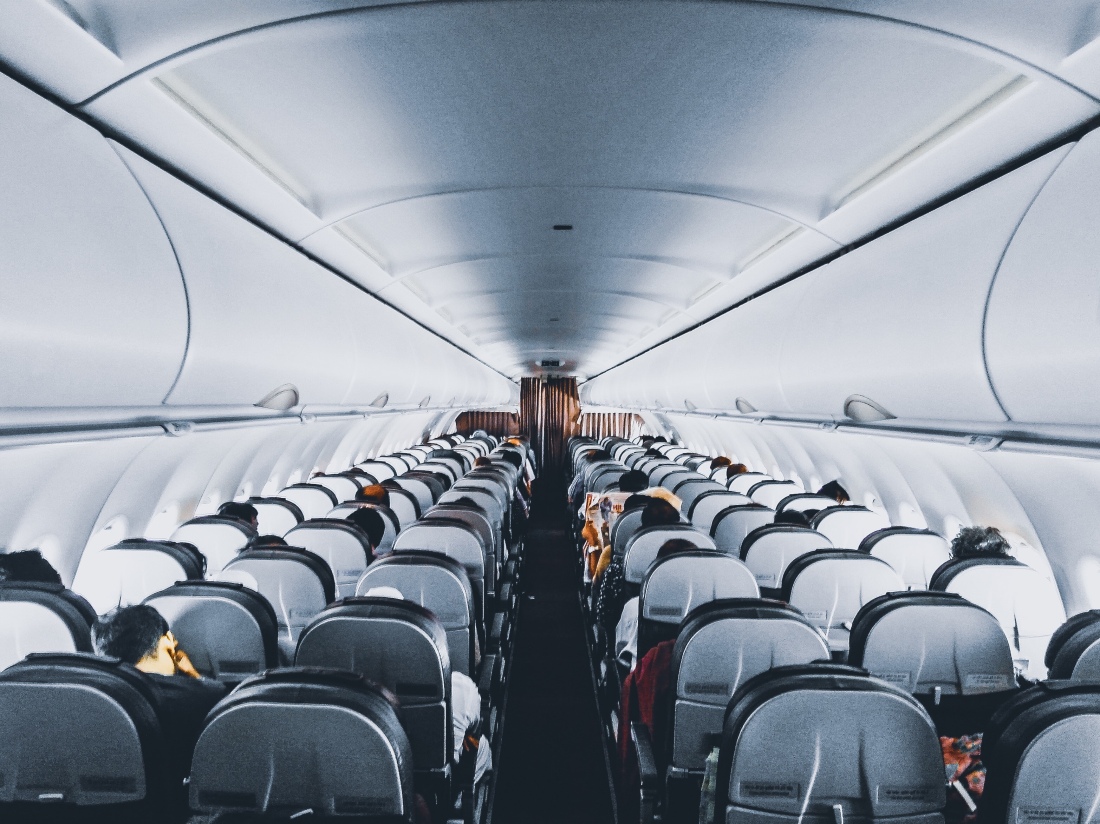 Travel is a useful area to consider the pitfalls of false economies – flights have become less and less expensive (comparative to other forms of travel) in their past 20 years. Budget airlines like Ryanair or EasyJet can whisk you away to some of the most beautiful cities in Europe for much less than a good night out in London.

When I say comparatively, I mean compared to a more high-end airline such as British Airways. Now, return flights to the same destination might be two or three times as expensive, and we’re all on a budget of sorts relative to our means. I get that. But if the BA flights are £200, but they leave at 1pm in the afternoon, meaning you can take the train (far cheaper than a taxi), the service is far superior, the plane itself is far more comfortable and the experience is thus so much better, isn’t it surely worth shelling out that bit extra to ensure your holiday gets off to the best possible start? Of course there are no guarantees that it will, but the likelihood is that a flight on a superior operator like BA, at a more suitable time of day, is going to be a far more enjoyable experience than with Ryanair.

And, ultimately, when you work full-time, holidays are moments of free time to be cherished. They don’t come around anywhere near often enough, so we must do all we can (within our means) to try to make the experience as pleasurable as possible. To some people reading this, what I’m saying must seem like entitled, middle class drivel – utterly shameless. And that’s probably true. But the principal is one I stand by – sometimes (actually, quite often) spending a bit more than you’d usually be prepared to part with (be it money, time, effort, love) will bring you greater rewards; sometimes it’s worth ignoring the false economy and paying a bit extra to get a lot more in return*.

*As mentioned, I don’t actually put this logic into practice anywhere near as often as I should.

The economy of Niceness

Genuinity, Pure Niceness and Complex Niceness are all just as intrinsically wrapped up in the scheme of false economies – sometimes you might feel like it isn’t worth giving up any more kindness to someone or something. Perhaps you’ve tried being nice to someone at work and just can’t crack their hard exterior – no matter how hard you try, they just don’t seem to like you. Well, that’s okay – the important thing to remember is that you don’t just stop being Nice. The easy option, the false economy, would be to save yourself the effort and give up trying to be their friend – don’t waste any more Niceness on them, they’re not deserving of it. But this does nothing for one’s Genuinity – you’ll always know you could’ve done more; you’ll always know it isn’t really you – that you don’t actually want to be that person. Don’t forget that vital Taoist element of your Genuinity – to listen to your inner self. Be true to it. That voice always needs to be heard – not suppressed. 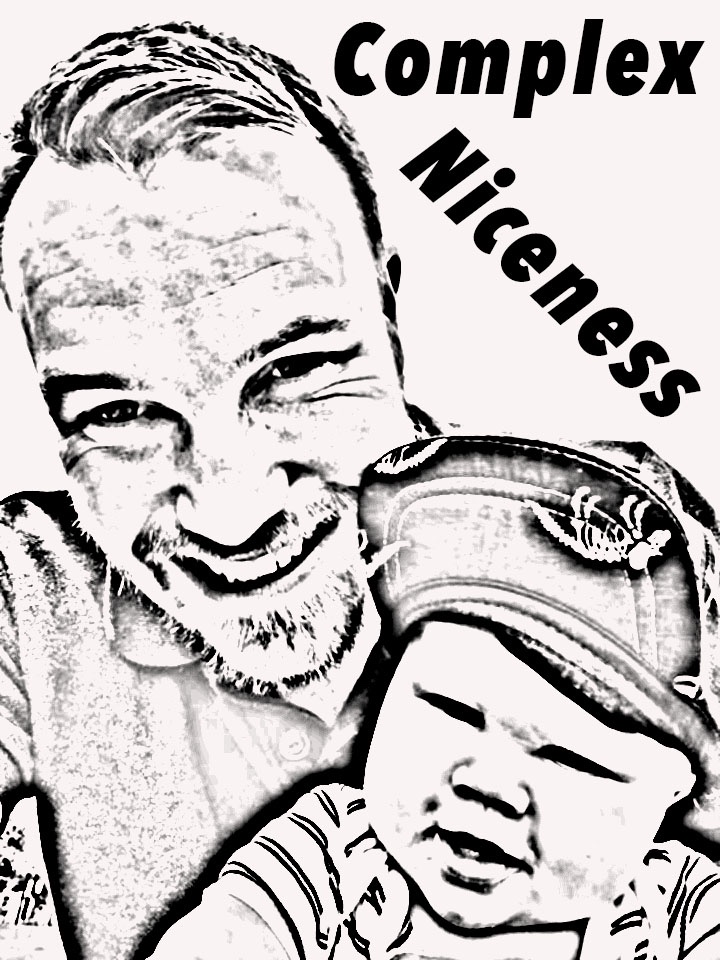 So the best course of action, at the very least, would be to lean on your acts of Complex Niceness – just think about how you’d feel if you were in their shoes (apply reason and experience to the situation). And just keep trying to be as kind as you can. Don’t smother them. And don’t feel like you need to be their friend. You don’t have to be liked by everyone (this is something I struggle with, probably due to a fragile, needy ego). But treat them with respect, appreciate their boundaries and remain open to their Genuinity – because it will come, if you nurture it, Genuinity will always find a way. The more you’re prepared to invest, the greater the rewards will eventually be. And if they still don’t have any time for you, at least you did your best – that’s all you could’ve done. So you’re sense of self contentment remains intact.

Kindness costs nothing – and yet it’s value is immeasurable.

2 thoughts on “The False Economy Of Budget Buys”